Reconnecting with a special friend and unique story in Brandon MB

As an author and book publisher, I am often asked, "Where do you get your stories from?"

Sometimes, I find the stories or book subjects by researching and asking questions, the way I did when I was a freelance journalist writing for various Canadian newspapers and magazines.

Sometimes, the stories walk into my line of vision or hearing, as was the case when my daughter Lisa told me about the indomitable Dionne Warner, the seven-time cancer survivor who was about to speak at a Relay for Life rally in Regina in July 2011 (which made me think Dionne's story was worthy of a great book, which I would go on to write and publish - Never Leave Your Wingman).

Sometimes, as in the case of the book I wrote about former Royal Canadian Navyman John Hanlon of Brandon, Manitoba, the story comes to me through a friend of a friend.

In about 2011, a dear friend of mine, Dexter van Dyke, suggested that he knew of a story that his friend, Elaine Rounds of Brandon, had told him about an elderly man who did something wonderful during the Second World War.

In November 1944, John Hanlon was a wireless operator on the HMCS Royalmount, which was docked in St. John's, Newfoundland at the time. John knew their convoy would be at sea on Christmas Day, so he and a couple crewmates walked up a hill in St. John's Harbour and cut down some evergreens. John hid those trees in the belly of his ship and pulled them out weeks later, on Christmas morning, in the middle of the Atlantic Ocean - surprising his crewmates as well as some English children who were on another ship in that convoy, coming to a safe home in Canada. John's forward thinking made that wartime Christmas into a very memorable day for many people for decades to come.

John had been telling this Christmas 1944 story to his children, grandchildren, his United Church community, and Royal Canadian Legion members at Christmastime for decades after the Second World War ended.

Elaine had told Dexter about the story. Then Dexter told me. We all knew it would make a great book. So I asked Dexter to connect me with Elaine and, thus, John Hanlon.

I met Elaine Rounds in Brandon in May 2012, based only on an introduction via Dexter. Elaine became an instant friend and we have spoken and seen each other several times in the years since then. That first day, she took me and my husband Al to the care home in which John Hanlon was a resident. John's wife Audrey told me the story while John, unable to speak at times at age 90, nuzzled in beside me and bumped my leg when the story got interesting.

Before I left John's room that day, I promised him and Audrey that I would write his special Christmas trees story before that Christmas and I would donate some money from each book to the Royal Canadian Legion (Dominion Command Poppy Trust Fund, which helps veterans and their families). John Hanlon passed away a few days after our meeting.

I fulfilled my promise and wrote The Sailor and the Christmas Trees book a couple months later in a style as though John was telling his Christmas trees story to the reader. When I phoned Audrey to read her what I had written, to make sure I had the details correct, she said, "I can hear John's voice." This brought tears to her eyes and to mine. A nonfiction writer cannot receive a bigger compliment.

I added a biography of John to the back of the book and invited artist Catherine Folnovic to illustrate the first half of the book, with family photos completing the biography. In a spur-of-the-moment decision that first day in Brandon, I had asked Al to take a photo of me with John, Audrey, and Elaine in John's small room. That photo has been a precious memory ever since.

This past weekend, I was storm stayed in Brandon after a successful weekend at the Brandon's Big One Arts & Crafts Sale. Deciding to not take a chance on driving back to Regina in bad weather, I opted for a hotel room and I also made a phone call to Elaine Rounds to see if we could connect again. We met for supper and spent three glorious hours bringing each other up to date on our lives, relishing in our friendship, and celebrating the wonderful people who brought us together.

Thank you to Dexter, John, and Audrey. But thank you, especially, to Elaine, who knows a very good story when she sees one. 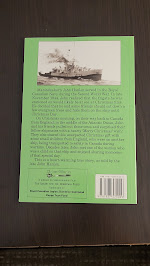 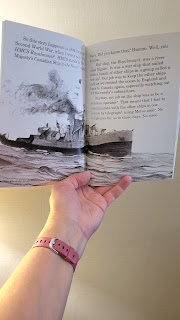 Posted by DriverWorks Ink at 10:13 PM No comments: