Marking an anniversary you don’t want to remember

The last few weeks have been getting to me. Set aside the pandemic concerns about family and friends going back to school, the lack of sales and in-person promotion options for my books and publishing business, and the loss of ability to safely go out into the world and interact with others. Those are all real concerns for me, but the past few weeks have grated on me for another reason.

It’s been five years since my late husband, Al, became suddenly ill with Stage IV colon cancer. I have purposely chosen to not remember the date of his emergency surgery or what day he came home from the hospital. I have not kept track of which days he was readmitted with complications or what day it was that he went back in for the last time. I wrote those details down long ago, mostly for his healthcare providers, but the dates aren’t in my head and I prefer it that way. The timeframe lives in my body though.

Even before a Facebook “memory” popped up with a photo I took when he came home from the hospital after surgery, I was very aware of this time of year. As the five-year anniversaries of these important events come and go, I feel my soul start to hurt again.

The soul, I’ve been told, remembers. The body – made mostly of water – remembers. There’s nothing I can do to stop that pain from flowing through my being and shaking me to my deepest core.

The memories of those moments and events have not come in a visual way, except for that one Facebook photo, which I subsequently hid and will someday delete when I have the emotional energy needed to look at all those photos again. The memories have arrived as more of a feeling that silently crept up on me. A tingling sensation on my nerve endings. A trepidation in my heart. An unexplained unsettled feeling.

Such is the ebb and flow of grief. Even when you are doing well in your life and having mostly good moments and good days, the body remembers and reminds you of the past. You feel in your soul the time of year when a certain event changed your life forever.

It took me a few days to come to terms with these deep-seated feelings.

“Five years,” I kept hearing in my brain. “Five years.”

I tried to ignore it. It would not be quashed.

It rose up like an anniversary that could not pass without some recognition of its significance. So here I am, acknowledging it.

For some reason or reasons, I’m still here. He is not, but I am.

It’s surreal and strange. There are times when I can’t believe it, yet I know it’s true.

I look around and I’m alone. How did this happen?

But then again, there are many things I’ve done in my life that I can’t believe happened – most of them good and some not as wonderful. This too shall pass. Not the awareness of the finality of it, but the moment of grief. The sadness of recognizing he is gone will go away, but it will come back. Such is grief over the death of one you loved so much.

My head has always known that he is gone. As time goes on, my heart is doing a better job of getting on the same page as my head.

It’s been almost five years since cancer sucked much of the laughter and joy out of my life. That joy was wrapped in the form of a tall, strong, jovial man who is no longer with us. It’s been a heart-wrenching, horrible, complicated, lonely journey for the most part, but I know I've made it through the worst of it. 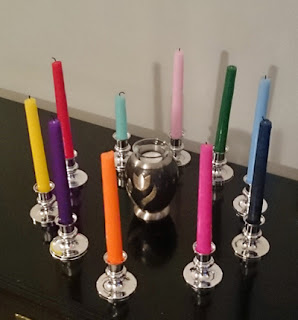 I knew I’d figure out how to be okay. I also knew it wouldn’t be easy.

I am grateful to family, friends, and bereavement counselling sessions for helping me make it this far. I have read book after book. I’ve journalled and cried and exercised and napped. I have talked and talked and talked with anyone who would listen, even after many of them stopped wanting to hear it. I have stared at the television for hours on end, looking for a respite from my agony, from the thoughts in my head, the hole in my heart, and the fears and emotions bubbling to the surface.

Taking one step at a time, with my own inner demons and thoughts, I’ve made it this far. And I plan to keep going.

Losing him became my measurement for today. What's happening in this moment and how does it compare to that loss? So far, nothing has come close to that devastation, for which I am grateful.

We dealt with what was in front of us – the things we could control – and we let go of the rest. It is easier to do that when a life-changing situation hits you in the face and you have to set aside much of your daily routine to focus on the moment. "Living in the moment" doesn’t have the same immediacy when things are going along smoothly, but it is important. Crucial, really.

We laughed, we loved. We hugged and enjoyed each other’s presence. Al told stories and teased us all until the illness robbed him of energy and life. I recorded some of his best stories and the conversations he had with visitors at the hospital so I could look back at those videos someday and smile. That someday is not here yet.

Five years is too soon for me to watch videos of what I've lost. I've managed to listen to a voice recording from 2012 during which I rolled my eyes at his strange sense of humour. When I hear that recording now, it makes me laugh. Sometimes when it pops up in my music feed on my phone, though, it hurts and the tears come. My loss is still profound, affecting most of the moments of every day, but I am okay.

I have carried on and added to my life after loss with some new friends, new social activities, a foray into the dating world (the jury is still out on that front), and a better grasp on what I am willing to accept and dismiss in this precious life of mine.

It’s one of the many lessons I learned from Al’s death. I not only need to set better boundaries for my own well-being, I need to be okay with the disappointment of others when I stick to my boundaries. I need to look after my own physical, spiritual, mental, and emotional health. I need to seek out the things that make me happy and spend my time with the people who bring joy to my life – from a safe physical distance or in other ways that I can manage during a moment.

It’s been five years, but sometimes it still feels like yesterday.

The bigger anniversary – five years since his death – is coming yet. But I think I’ll be okay with it.

I’ve learned that the anticipation leading up to a birthday, anniversary or other major event connected to a deceased loved one is often worse than the actual day of the event itself. By talking about this anniversary, even in its loosest form without specific dates, I have taken away some of its power over my body. Maybe my soul can release more of that pain and bring forth more of the happy memories. For there are a boatload of them, as Al would say. A big, happy boatload of memories and stories. It's my job to keep those alive in my soul. 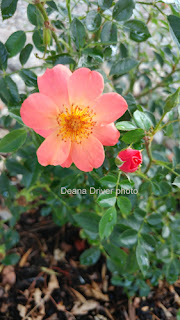 Posted by DriverWorks Ink at 9:19 PM