Second book in the Flight series is taking off!

Alright, that's a corny title for a blog post about the newest book in this series of short stories about aviation, but what can I say? This Flight book series is such a fun project with lots of interesting anecdotes about some great people – and readers are loving it! 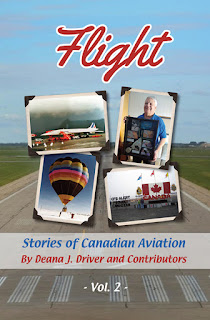 Let me introduce you to a few of the folks you’ll read about in Volume 2 of Flight... 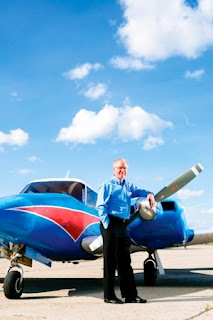 Anglican Bishop of Saskatoon Rt. Rev. Rodney Andrews worked in both ministry and aviation for most of his career across Canada. His list of flying experiences includes working as a part-time instructor with the Lethbridge Flying Club while ministering with the Blood First Nations in southern Alberta, then working with Time Air and Air Canada. He then moved to Quebec for a few years, combining parish work with hospital chaplaincy east of Montreal. From 1988 to 1991, he was in Ottawa working as a part-time chaplain with HMCS Carleton Navy reserve while on a staff with three other clergy at a church in Nepean and working as a full-time Transport Canada inspector. Rod’s had many unique experiences worthy of reporting in a book such as this, including fun connections through his friends in Flying Farmers of Alberta. 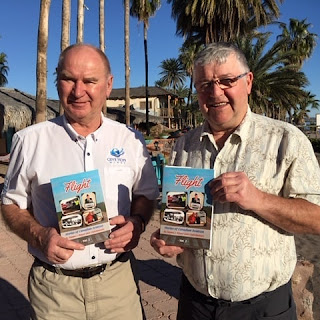 Northern Saskatchewan pilot Doug Chisholm sent me this photo of himself (above right) with his pilot friend Harold Fast in February, while I was putting together the stories for Volume 2. It turns out that Doug and Harold both brought the same book with them to read on their January 2020 trip to Mexico – Volume 1 of Flight: Stories of Canadian Aviation, by Deana J. Driver (that's me) and Contributors. How great is that? Doug told me that he and Harold left Saskatoon on a Wednesday and arrived in Loreto, Mexico on a Sunday in Harold’s Cessna 182RG, “a great cross-country aircraft. Quite a spectacular flight in many ways; we saw lots of interesting terrain. I certainly enjoyed your book, which I received from Will Chabun (a retired journalist who has also contributed to the Flight series) when I spoke at the Regina Chapter of the Canadian Aviation Historical Society,” Doug wrote. Doug has owned his Cessna 180 floatplane for 40 years and has recorded aerial photographs of 4,000 lakes and other geographic features that the province of Saskatchewan has named in memory of servicemen who lost their lives during the Second World War. On behalf of families, Doug has placed bronze memorial plaques on the shores of 300 Saskatchewan lakes honouring the servicemen for whom those sites were named, and he has spent thousands of hours uncovering more information and recording it for archival purposes. The story of Doug's memorial efforts is a must-read in Volume 2. 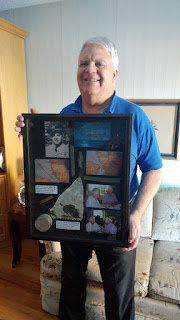 Speaking of the Canadian Aviation Historical Society, I met Gary M. Williams, who is the president of the Regina branch and also the Society's national president, when I spoke to the Regina group in December 2019. In Volume 2 of Flight, you'll read about how Gary travelled to Sweden in 2014 to meet the Swedish woman who saved his bomber-pilot father after his plane crashed in 1942 during the Second World War. I’m sure you’ll enjoy “Shot Down in Sweden” and “The Girl Who Saved My Father”. 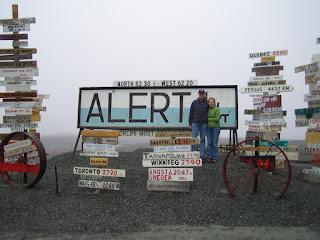 Another one of the 14 stories I wrote for Volume 2 of Flight: Stories of Canadian Aviation is about civilian pilot Gerd Wengler, who made a record-breaking flight from Canada’s southernmost point of Pelee Island, Ontario to its northernmost point at CFS Alert. “The year 2009 was the 100th anniversary of powered flight in Canada – Alexander Graham Bell flew the Silver Dart in Nova Scotia in February 1909,” said Gerd. “The Royal Canadian Air Force had all kinds of programs and special things happening in 2009 to celebrate 100 years of powered flight in Canada, so I found this general in Ottawa and I told him my idea as part of the Air Force celebration to fly across Canada from Pelee Island in Lake Erie to Alert. That interested him and I got permission two years later. The DND told us they had never given anyone a permit. That’s why I believe nobody else had done it. The only condition was that I was not allowed to tell anyone until after the flight.”

And then there are stories about Manitoba bush pilot Keith Olson, who dealt with falling aircraft parts, and aircraft mechanic Don Currie, who told of struggling to get French President Mitterrand’s Concorde off the ground in Regina in 1987. You’ll also read about Regina-born pilot Ralph Tweten, who had dozens of adventures while flying in northern Saskatchewan, southern Alberta, the Arctic, and Iran.

Posted by DriverWorks Ink at 1:43 PM No comments: