It’s Only Hide and Seek If They Look For You

Grandparenting Tip of the Day:

I spent some precious time with my grandchildren this week, after a rough year of very little contact due to the pandemic. It was glorious fun!

On a couple of occasions, we engaged in some entertaining rounds of Hide and Seek. The adults hid alongside the kids and we had a lot of laughs and “difficulty” finding the littlest ones at times. (Little kids are very good at hiding, you know – even when they repeatedly tell you exactly where they’re hiding!)

During the last round of the last game before everyone went home, I decided to cleverly hide in a spot that none of the kids had used yet – behind a set of long drapes in a bedroom. 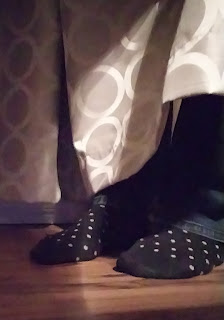 The game went off the rails soon after that.

The eight-year-old was the “seeker”. He found the two-year-old and the eleven-year-old, and had come into the room where I was hiding, but he didn’t see me.

Then there was no movement or sounds of any seeking going on.

After a long number of minutes, the 13-year-old and the almost-five-year-old called from the basement to let the seeker know, “We’re down here!”

No response from the seeker. Or the other two.

I kept listening and couldn’t hear any sounds except for the gentle conversation between the two who had been found – with the little one telling her bigger cousin that she loved him.

Then the 13-year-old and five-year-old took turns coming partway up the stairs to loudly yell that “We’re in the basement!”

No response from the seeker.

“What’s taking them so long?” the five-year-old asked her older cousin, who finally came all the way upstairs – only to find out that the seeker had to stop mid-seek because he had to go to the bathroom.

Hmmm… Now I, the grandma, had a decision to make.

Should I abandon my excellent hiding spot and go visit with the parents of these kids or should I stand firm and wait until the game resumed?

I stood awkwardly behind the drapes, trying to ignore the cramping in my left calf muscle and then my right. I also tried not to cough or sneeze or breathe too deeply.

I glanced at my Fitbit. Probably 10 or 15 minutes had gone by since I had last heard any commotion that resembled “seeking.” What to do, what to do…

I finally heard the bathroom door open and then the combined voices of the older kids and the younger kids … and the seeker!

They’d abandoned the game and had forgotten about Grandma!

A few minutes later, I decided I actually was a quitter after all – in this situation anyway.

I came out of the bedroom and said to the kids gathered together in the next room, “I guess the game is over. And you didn’t find me.”

There were looks of surprise, shock and dismay when the older ones asked, “Were you hiding?” and I answered, “Yes. All this time.”

Then there were many looks of embarrassment among the older kids, especially the little seeker.

To his defence, I had not been playing in every single game, so it was a little harder to remember whether he was supposed to find me or not. Anyway… we smiled and carried on.

I still love them all dearly, but it will be awhile before I find a super great hiding place again.

Next time, I’ll go back to sitting in the middle of the floor with a blanket haphazardly thrown over my head. They’ll surely find me there, right?

Posted by DriverWorks Ink at 8:11 PM